More on the Social Rank Graph

Last week Donny discussed social rank and Danny Sullivan's post on the topic. Today I came across an article called, "Why 'Social Rank' Will Die in 2011". It seems as though the author believed spammers would kill 'social rank' as they kill many other things in relation to SEO...and he may be right, but I want to be the devil's advocate. 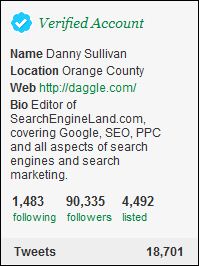 I have different view on Twitter and social rank. The only way that a true social rank algorithm would work is by taking into consideration the authority of the social user. For instance someone on Twitter with 30k followers that only follows 500 people likely has a better reputation than a user with 30k followers that follows 50k people. The ratio MUST be taken into consideration. Post frequency or the amount of followers alone is too subjective. Twitter has also allowed popular users to have a 'verified' account. These types of account will offer more weight for links an mentions.

Twitter accounts that would by considered authoritative got that way for a reason. They are reputable in their industry, well known in general, or a very good at taking part in the social atmosphere. Given the work (usually) that goes into growing a social following will not likely be compromised by that person for the reason of ranking a particular website better.

If a Twitter account becomes diluted by sponsored posts, spam posts, and purchased accounts, at some point the reputation that the account had earned will start to decline. Users will stop following if they aren't getting the same value from the tweets as before. It will take time and not everyone is going to stop following said user when they sponsor tweets...but it will happen. In this case that account would no longer be considered authoritative in the social rank graph. 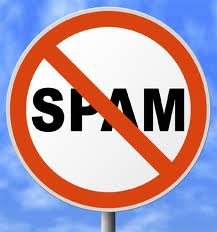 I am not saying that the social rank won't be muddied by spam, but I don't think it will kill it. Spam did not kill the link graph, it just changed the way links were looked at. When links started to get spammy, the engines had to move from a quantity to quality basis. The social graph will be starting with quality, therefore should see less spam issues.

The future of the social rank is very up in the air, so by no means am I saying this is definitely how it will happen. It is very hard to fake a reputable twitter account. Obviously it can be done, and has been done, but both the search engines and social platforms are very advanced and will/have developed social spam detection.

Don't avoid social and don't try and fake it. For social rank to work you will need mentions from somewhat reputable users. Don't create 15 Twitter accounts just to link to your website...I know some of you are thinking about it. Social is now extremely beneficial on various planes as long as you can honestly embrace it.