A couple of weeks ago Royal Pingdom posted some stats on what happened with the Internet in 2010. Some of the statistics were surprising and definitely interesting. What does it mean for small businesses. Let's take a look.

The stats show that email is not going anywhere anytime soon. 107 trillion emails were sent in 2010 from 2.9 billion email accounts. 25% of the email accounts that existed in 2010 were corporate accounts, meaning they came from domain that wasn't gmail.com, Yahoo.com, atlanticbb.net, etc. These stats aren't that surprising, but what is surprising is the amount of spam email that was sent. 262 billion emails per day could be considered spam...89% of all emails sent. The growth of new email accounts, 480 million compared to 2009. Still growing fast! 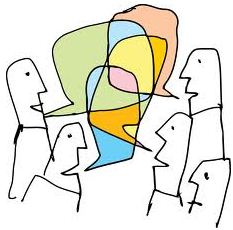 What happened with social. You have probably heard by now, but at the end of 2010 Facebook had more than 600 million users. The growth of Facebook users for 2010 was 250 million. While this isn't as much growth as email, take into consideration the age of Facebook and percent of growth.

Twitter. Whether you understand Twitter or not, the volume of Twitter users continues to rise. In 2010 there were 100 million new Twitter accounts were created, making a total of 175 million accounts. We still have the question of whether or not people are actually using Twitter...well, in 2o10 25 billion tweets were sent. That is only 143 tweets per account. So despite wanting to say that everyone that creates an account actually uses it, this still isn't the case. There is still a lot of Twitter abandonment and infrequent users. 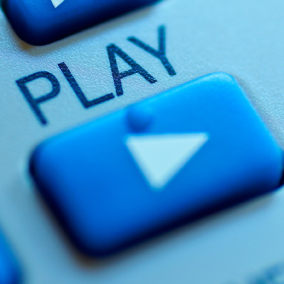 We can't talk about the growth of social without talking about video. Royal Pingdom data shows that 2 billion videos were watched on YouTube...EVERY DAY! This means that the average Internet user in the US is watching 186 videos per month, well more than 1 per day. Videos aren't only watched on YouTube though, 2+ billion were watched on Facebook each month. This doesn't even take into consideration other sites like Vimeo, Hulu, Google videos, and other forms of video that weren't included in the data. Bottom line: Internet users like to watch video.

Your website is still a drop in the bucket. There were 255 million websites at the end of 2010. If you only have 1 of those websites you definitely have your work cut out for you if you expect a user to find you.

So what do you do?

Well we know that the Internet users are out there. Now you know what they are doing. They are emailing, checking Facebook, tweeting and watching videos. So what should you pay attention to?

We think you should pay attention to following: all of it.

Reach your customers, whether B2B or B2C through email, but don't spam. They are already bombarded with spam. Your email has to be found and read as part of the 11% of email that is actually legit. Don't let it get caught in the spam box. You should use a 3rd party email marketing service and build your list legitimately. You will not get through to someone that doesn't want to receive your stuff. If you are going to build a list of recipients that aren't actual subscribers you might as well just call them every night at dinner time unexpectedly. You would get about the same response.

For your social strategy you have to make the user come to you and feel like they should follow you for a reason. Communicate with them and share things that they care about. Create videos, content, and share. Try not to make it 1 sided. The key is to be social.

Your website needs to be found. Again create content and DO NOT forget about SEO. People still use search engines. SEO is not going anywhere. With more sites being created everyday the search engines still need a way to rank the results. Even better, some of the engines have already stated that they are using social as part of their algorithms. That means, you have already read the stats and taken our advice to use social, create content and implement an SEO strategy. Everything is helping everything else out. It's a win win situation.

Hope you enjoyed the stats...now take a look at your current marketing strategies and see if you are on the right track.