Social Media and the Rebirth of the "Small Town" Business Model 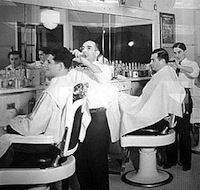 I love my barber. He's an older gentlemen, and he remembers the time when caring about your customers meant something and was a vital part of keeping them. I'm not just saying he makes sure I'm happy with my haircut, or that I have a positive experience when I visit his shop. Rather, he makes a note of what I like, he asks about my family, and he generally takes interest in what's going on in my world. As a result, I walk out of the shop with a smile on my face every time I see him and recommend his services with every chance I get.

What my barber does isn't new, it just went away for a little while. Think about it - during the earlier half of the 20th century people's capacity to travel wasn't what it is today. As a result, many people depended on their local businesses to survive. Whether it was for the basics like food or clothing, or even the services that a barber would provide, the small town marketplace was where it was at. Business owners at the time knew this, and more importantly knew what the value of a good client relationship meant for their profit margins.

Say for instance your parents always bought their groceries from Sam's Grocery. Since they shopped there, you probably did too. Sam probably knew of your family, what they liked and disliked and when he needed to reserve that special cut of meat for the weekly family dinner. More importantly, Sam knew that the way in which he treated and interacted with you when you walked into his store was as important as the groceries he was selling. The issue wasn't just that if his produce went bad and he failed to refund your purchase you could simply walk down the street to his competitor's grocery store, but also word of mouth. You would tell your family, they would tell their friends, and before you know it Sam has lost a considerable portion of his customer base.

Things began to change after the World War 2 boom, however. Cars became affordable. Highways sprung up left, right and center. All of the sudden people had the capability and immense desire to travel out of the towns that housed the small businesses they had relied upon previously. As folks headed out into the suburbs, and as creating as much distance between you and your neighbor became a status symbol, many people became disconnected with those tight-knit kind of relationships they had with their friends and family - as well as the businesses that provided products and services to and for them. 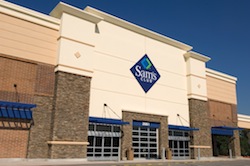 That's not to say people cared less about the ones they loved, it was just more likely that they didn't visit the same grocery store everyday. It was in this time that "big business" began to flourish. Sam's Grocery was replaced by Sam's Club. A business's focus shifted from putting smiles on customers' faces to beating last quarter's earning reports. I'm not going to delve into whether that's a good or bad thing (honestly I think the results were both, in different ways), but it's important to note that customer relationships are undergoing another change, and things are more focused on the small town blend of "word of mouth" marketing this time around.

Social Networking and the Rebirth of "Word of Mouth" 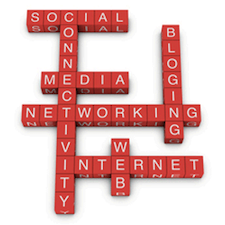 Let's be honest, word of mouth never really went away. If your family member had a terrible experience at the local italian restaurant and recounted the tale with explicit detail, there was a good chance you wouldn't be visiting there anytime soon. However, now that people are reconnecting with friends and extended family members on websites like Facebook and Twitter, their capacity to spread that message is bigger than ever. Sam of Sam's Grocery had to make sure his customers were happy to avoid losing the business of 10 of those customers' closest friends and family. Nowadays the average Facebook user has 130 friends - all of which can be updated about a bad business experience in seconds!

As long as businesses exist customer service will be important. However, now that your customers are reconnecting over those vast spans of suburbia to communicate over the internet I think there's going to be a shift back to the older style of customer service that my barber is so great at. Admittedly, he has a small business that is in some ways limited by geography and therefore his is a perfect example of a small town employee/customer relationship. With that said, many more of these types of relationships will be made on websites like Facebook, so it's more important than ever to be making your customers smile online. Do you have a strategy in place for handling a bad review so that you don't leave a sour taste in 130 peoples' mouths? If not, you might be left in the dust by other, more social-savvy competitors. 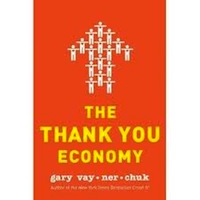 A lot of these ideas are explored in greater detail in a new book by Gary Vaynerchuk called "The Thank You Economy." I can't wait to get my hands on the book and if you want to learn more about why caring about your customer is more important than ever feel free to take a look. Of course, if you're interested in developing a social strategy for your small business so you can get ahead of the curve, be sure to contact us for a quick chat about how to get started!