Why Manufacturers Fail at Lead Generation 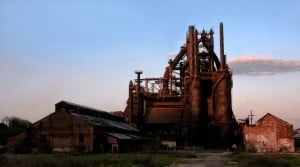 Manufacturers must start thinking about how they generate leads online.

We love working with manufacturers, but they sure can be stubborn. Heck...some of them still want to believe that they don't need a website. Leaders of these companies generally have been around for a long time and have been successful in the past. Because they've seen success, they often feel as though they shouldn't change. We all know that change is hard, but it's even harder for stubborn people.

In the past the sales people at these businesses had all of the power because they held all the information. Buyer's knew only what they were told.

But buyers make purchasing decisions different now. Even if someone has bought the same piece from the same manufacturer for 50 years, that doesn't mean they aren't doing research on the side. Before a buyer makes a decision they educate themselves by researching online. They research their supplier, their suppliers competitors, other options they may have, or whatever other information they want. Bottom line, buyers inform themselves before they even reach out to your sales people, now they have all the power.

Manufacturers Fail at Lead Generation Because They Don't Think Like Buyers

Even if they've adopted the fact that they need to be online, it's not enough. They may even have goals to generate leads online, but they are leads later in the buying cycle. Manufacturers fail at providing the information and generating the lead when a buyer is doing their initial research. They simply have their 5 core pages, a contact form, and possibly an RFQ form. Basically only asking for a lead when they are ready to buy. Not only are they probably not producing the leads they expected, but the leads they are capturing are probably forgotten about when they are finally ready to make the purchase.

Manufacturers need to start capturing the leads before they are ready to buy by providing educational materials that the buyers are looking for. These should not just be a spec sheet...that is product information, it should be available, but not used as a top or middle of the funnel conversion. They should think about the questions that the "dumbest" buyer would ask, even if they seem like no brainers. Offer answers to these as a downloadable whitepaper or ebook and they would be able to capture an email address in which they could further provide value to that reader through additional whitepapers and ebooks. Eventually the buyer will ask for more product data, but not until they have the information they need.