Buffer Found Facebook Engagement Dropped 50%. Here’s What to Do

The new data comes from social media management platform Buffer and content reach measurement tool BuzzSumo, who pored over posts from the top 20,000 brands (Thanks, guys.)

Facebook updated its News Feed algorithm in January 2018 to prioritize content from friends over that from Pages. Naturally, this hurt the ability of businesses to reach prospects through the News Feed.

Here are the top four takeaways from their report seven months later. We’ll also tell you how much you or your agency should worry about the trend -- and what to do to counteract it.

4 Key Findings That Should Impact Your Social Media Engagement Strategies

When Facebook announced the News Feed change, everyone assumed that branded content would suffer. Buffer’s discovery that Page engagement dropped by more than 50% in a 18-month span was a bit of a shock, though.

What’s to blame? Facebook’s recommitment to the good ol’ days of helping users catch up with friends and family first. Facebook Page content isn’t entirely gone from News Feeds but it has to deal with this revised priority structure for all content:

Shares and comments are considered "active" interactions, which Facebook considers more "meaningful" when prioritizing content on the News Feed. For that reason companies who fail to create meaningful content will see lower:

We’re not telling you to quit Facebook. Just remember there are other avenues to reaching prospects. 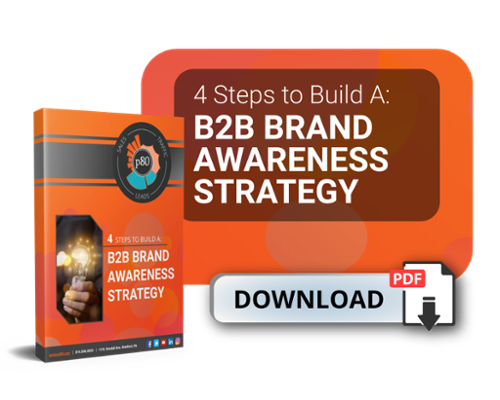 Over the past year, the number of posts per quarter from the 20,000 Pages analyzed has climbed 24% to 8.1 million.

There's so much content being published that cutting through the noise is nearly impossible. And Facebook is trying harder than ever to show people the content most relevant to them, further reducing your reach.

Pages that post less than once each day get the highest per-post engagement. Those pages also received the lowest total engagement. The more you post daily, the closer you get to that threshold where it’s no longer effective.

HubSpot and Buffer say 5x per day is the ideal compromise. We think that’s a little excessive for small- and mid-sized B2B and manufacturing clients, so feel free to go a bit lower.

To summarize: Maybe posting that same lame ad for the 50th time is doing more harm than good.

4. Images Get the Highest Engagement

Buffer’s study found that images get the most engagement out of any content type on Pages.

When its algorithm change was announced, Facebook encouraged Page admins to invest in more video -- particularly live video -- which makes this finding a bit surprising.

Not that even for photos, interaction is down -- they’re just sucking the least right now. The average engagement per image post fell more than 63% from Q1 2017, to Q2 2018.

RELATED POST: 5 Easy Ways to Be Kinda Not Bad at Graphic Design for Marketing

It’s probably a matter of time before organic reach is extinct.

This summer, Facebook predicted slowed growth for the rest of the year. As the platform continues to focus on growing social connections rather than business ones, It’s reasonable to expect Pages to stop growing, too.

Content marketing has taken a backseat, but that doesn’t mean you should abandon the road completely.

Instead, we recommended you re-evaluate your social media strategy using the points above. Study the data, keep experimenting, and hold tight until the next aggravating algorithm change from Team Zuckerberg.