Happy New Year! I hope everyone had an enjoyable holiday season full of family, food, and fun! Now that we're back at it, I thought it would be a good idea to spend some time discussing social media. It seems to be at the front of all small marketers minds as an opportunity, but very few small businesses are comfortable with how to make it work. 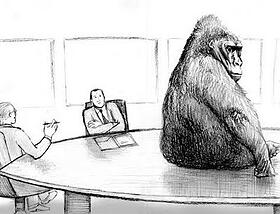 If we're going to talk about social media for small businesses, we need to start with the 800 pound gorilla in the room... Facebook! Facebook is quickly approaching 600 MILLION users with an enormous demographic range.

You can always check out facebook's statistics by visiting their stat page here:

Social media is viral. The above is just one example of how.

I've mentioned in the past that we hear that our client's customers are too old for social media all of the time, but that's usually based on an assumption. Here's a chart of the data at the end of 2010: 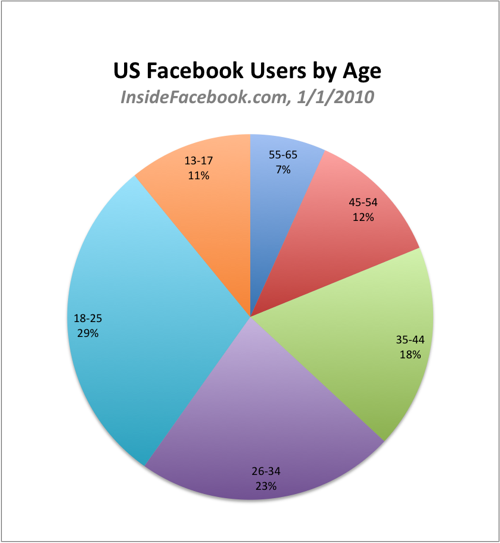 I'm guessing some of the numbers here are not surprising. On the other hand, 35-54 year olds make up as many users as the 18-25 bracket that most small business owners think dominate social media. Realistically, the 26-34 year old target is just as vital to most businesses as the 35-44. If facebook currently has just under 600,000,000 users (say 550 million for now), and your target customer is:

Any way you dice it, the volume is there to justify marketing.

It's obvious at this point that the social media bonanza is not coming to an end anytime soon. With the data we've shared on this blog in the past, and the highlights above, you can't deny that you should be there if you aren't already.

As noted in the headline, this is part 1 of a batch of posts that I will release today and in the future on using Facebook for your small business. In part 2, I will delve into the basics of what you need to get a page setup for your business.