Facebook is the third largest video site in the United States

Have you started a video campaign yet? We'll admit it, creating video is probably the most intimidating form of inbound marketing for the un-initiated. With that said it's also one of the most rewarding! YouTube has long been the king when it comes to web video, but now with Facebook moving up the ranks you have even more incentive to get started with a video campaign for your small business and its service or product.

It goes without saying that Facebook is the top dog in the social media game right now. It has been for a while, and although there are challengers in the market like Google Plus it will retain the crown for quite a while, if for no other reason than the huge amount of people already signed up. Did you know that Facebook is also the #1 photo-sharing site in the US? With 51.5 million estimated users uploading and viewing video, plus millions more sharing photos now's the perfect time to reach out to prospect customers with creative media campaigns. 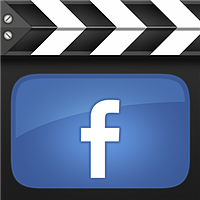 The best part about Facebook's rise in popularity from a content-creation point of view is that if you're already using YouTube as a marketing avenue it's very easy to get started on Facebook by reposting content. Many video editing tools like Apple's iMovie come with the ability to upload straight to Facebook (as well as YouTube), so you're just a button click away from broadcasting to your Facebook audience from your business page.

It really doesn't take a whole lot of time or money to get started with a video campaign that will engage your audience while at the same time promoting your small business. If you have a modern smart phone with video capabilities or an inexpensive video camera like the Flip, you can record, edit and share your creation from the same device. When creating your first video keep in mind that video length does matter, and in the web world shorter is better! If you post videos that clock in around the 30 second mark there's a much better chance that your viewer will stay tuned for the entire duration.

If you have questions about about the benefits of web video marketing feel free to get in touch with me and I'll give you the rundown!