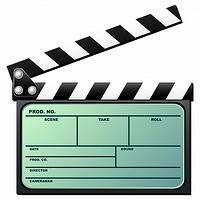 Video is probably the most under-utilized media when it comes to small businesses attempting to reach new customers online, however it might be the most compelling route to take from a consumer's standpoint. There's no better way to highlight a product or service than with video, and although there is a little more work involved than with writing a blog post or recording an audio podcast, ultimately your potential return is huge. Of course everyone knows about the power of websites like YouTube, but there are some other great free video sharing services that add even more functionality that you might not have considered! In this blog post I'm going to run down a few of my favorites, including what makes each of them attractive from a small business standpoint.

As always it's important to remember that if you try to connect to your audience via social media, video, blogging or in any other way, content is king. You might not have the budget or knowhow to shock your audience with insane production value, but if your content shares useful or compelling information that makes folks want to come back over time you're heading in the right direction . So then, let's start off with the 800 pound gorilla in the room: YouTube.

Nine times out of ten the best place for a beginner to start sharing their video is on YouTube. This primarily has to do with Google's acquisition of YouTube which nets you some nifty search-friendly functionality right out of the gate, such as your YouTube videos being featured alongside Google's normal search results when someone types in a keyword.

Additionally, it turns out Google owns not one but two popular search engines as YouTube itself has actually become the second largest search tool used by web users with 2 billion views everyday. If you're not convinced about the popular of web video sharing sites, that's up over 50% since 2009! That's not all though - YouTube offers some handy channel customization tools which let you skin your video homepage to match your business's existing brand, much like you would a Twitter homepage. On top of it all, YouTube is working on rolling out a new live video streaming service much like UStream.TV which will let you broadcast events live to your followers. With all of those features at the low, low price of free who wouldn't want to get their Steven Spielberg on?

With all of the positives about YouTube, why would anyone choose Vimeo? The number one reason is that they don't limit the length of videos out of the game like YouTube does. It also provides more customization issues when it comes to the video player and has a generally cleaner user interface overall.

It has also been cited that Vimeo holds a certain share of brand quality that YouTube doesn't have - if you put your videos on YouTube you will undoubtedly be seen alongside some silly or unusual content. Because Vimeo hasn't seen the huge amount of success YouTube has, and because it's been so widely adopted by people creating intriguing content in the tech community, there's a little less of the "cruft" you'd find on more popular sites. I've read folks refer to YouTube as the web's video playground whereas Vimeo is for folks serious about things like varying video resolutions. To support this, Vimeo offers a paid version of the service called Vimeo Plus which upgrades video storage space, removes advertising from your uploads and gives priority upload speeds (among other nice features).

Viddler is probably the most interesting of these three web services. Right out of the box they advertise their service as the video platform for folks looking to grow their online brand. They let you track and analyze views and embeds of your video, and even have cool features like being able to embed your own logo overlay on your video, which when clicked links back to your website directly (not a Viddler site).

My absolute favorite feature of Viddler is the ability to comment on videos. I'm not talking about a list of comments below the video - these comments appear right in the video itself at a given point chosen by a commenter or the video uploader. Say someone were to make a video of themselves skateboarding, and 30 seconds in they take a spill to the ground. They could have comments overlaid on the video appear at the 30 second mark. You can even overlay another video on top of the video to further incite a discussion. It's cool technology that's a great way to engage with your audience!

If you're truly serious about maximizing the potency of your brand online through web video I'd say Viddler is the route to go. The good news is that there's nothing wrong with uploading your videos to more than one service, and since all 3 of the ones I mentioned today have free accounts available you should try them all out!