4 B2B Branding Horror Stories That Will Make You Cringe

Where the Internet is involved, there are horror stories. It's not always the company’s fault -- Xerox sure couldn’t help it. But not all companies are so innocent. When building your company’s B2B branding strategy, it’s best to learn from horror stories of the past to avoid the same mistakes.

… Done cringing in secondhand embarrassment? Great, now let’s go over why newsjacking is a tactic you must use carefully.

Every company craves that moment in the limelight. The truth is, almost every company leverages current events to boost its brand. But riffing off the Malaysian Airlines tragedy shows a complete lack of awareness, tact, and empathy.

Attempting to use a tragedy to your advantage will undoubtedly create negative backlash, spotlighting your brand for all the wrong reasons.

To make sure you understand what being an oblivious dummy looks like, we’ll double up on the insensitive posts.

In a press release titled “WTC Collapse Highlights Need for Quantum Tech's Remote Backup,” released two days after the 9/11 terrorist attacks, the company trivialized the tragedy by using it to tout its storage solutions:

“The collapse of the World Trade Center destroyed more than lives. It also took computers and the vital data stored on them. But at least one company -- Morgan Stanley -- was able to function the very next day. Why? They used an off-site remote backup facility that stored their data safely, far from the catastrophe.”

Quantum retracted the release within five minutes of issuing it -- arguably record time in the pre-Twitter era. The employee responsible for issuing the release was fired.

This isn’t your traditional B2B situation, but Mr. "Covfefe" himself had plenty of business-related media to navigate during his 2016 presidential campaign. So we’ll count it.

After announcing Donald Trump’s running mate was Mike Pence, Trump’s JFC and the RNC released a new logo. Some observers felt the logo looked like, well, a certain act of nature:

If you know what I mean.

It doesn’t take a degree in gender studies to suss out what the rigid base of Trump’s virile T plowing into the receptive circle of Pence’s P connotes. He may be forced by convention to choose a running mate to occasionally share the stage, but in this relationship, Trump is on top. That he has chosen to thrust his dom top power preference onto the American flag itself ably signals what he intends for our country. We will take his leadership, and we will like it.

Folks on Twitter love a good sex joke, no matter how much of a stretch it is, so this kerfuffle caught fire immediately.

(In the interest of balance, we should note the internet also found plenty of ways to find fault with Hillary Clinton’s 2016 campaign logo.)

Moral of the story: Run your content by more than one person (ideally, as many as possible) before publishing it. And make sure at one of them has his mind in the gutter -- one man’s T and P is another man’s ... well, you know.

Because even horror stories deserve a happy ending, we’ll wrap things up with Xerox.

You probably know Xerox has been the final word -- literally -- on photocopies for decades. But did you know Xerox does other stuff?

The confusion started when "Xerox" became a verb, much like how everyone calls a tissue a “Kleenex,” regardless of its actual brand. Having that mental monopoly on the product sounds like a marketer’s dream, right? The problem was this: Investors thought Xerox was a one-trick pony with little to offer besides a copy machine. Being synonymous with the printed copy almost led to Xerox going out of business.

The company needed a shift in the way the world sees Xerox. The challenge of evolving the brand into something more than printing and copying is a struggle that continues today.

But in 2010, Xerox shifted to a business paradigm that generates more than half its revenue from services such as:

Best of all, Xerox turned to content marketing. (What a grand idea!) Brand followers flocked to Xerox’s blogs.

The Xerox team shares all new content via social media, targeting influencers. This is an especially useful tactic because Xerox has “a pretty good health care community that follows us in that space, and we tend to see that stories travel well within that community, and that helps us out a lot.”

These scary situations can spook even the most adventurous CEO, so watch your step when working out your B2B branding. One silly screw-up, however well intentioned, can end in a black eye for your business. Before signing off on a brand decision, use these reminders: 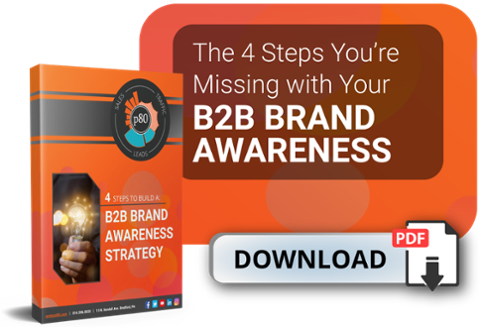